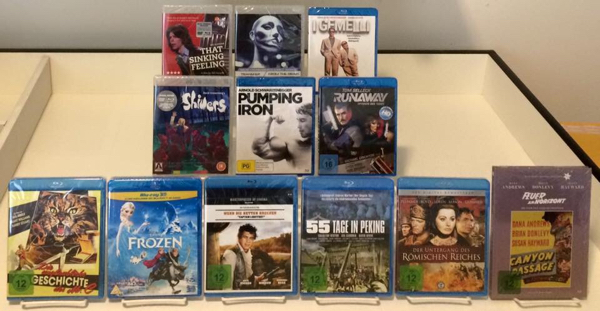 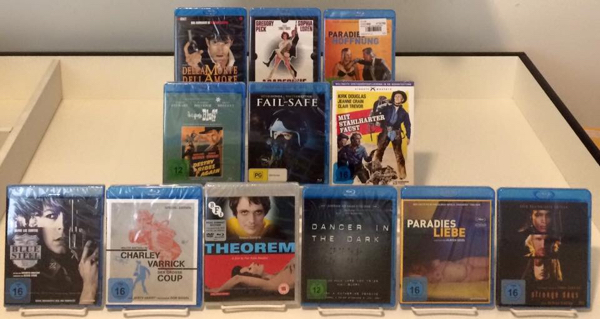 The shop received one of its largest hauls ever today! The tally came to 24 titles in all, from Britain, Italy, Australia, and Germany. Six of today’s arrivals were debuts, with customer-requested copies of the Italian Blu-ray for Michele Soavi’s “Dellamorte Dellamore” joining five new additions to the shop’s inventory: Bill Forsyth’s “That Sinking Feeling,” Ivan Reitman’s “Twins,” Stanley Donen’s “Arabesque,” Ulrich Seidl’s “Paradise: Hope,” and “David Cronenberg’s Early Works” by Arrow Video, which compiles “Transfer,” “From the Drain,” “Stereo,” and “Crimes of the Future” in one set and throws in a Kim Newman featurette to boot.