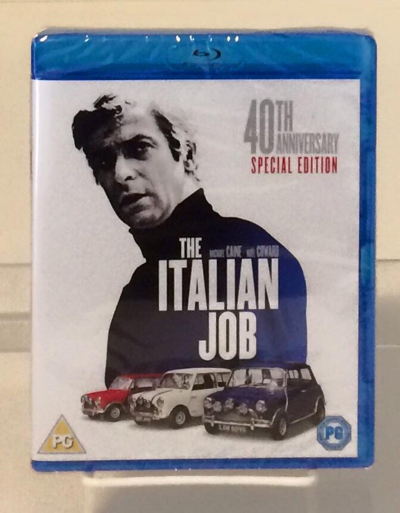 Today’s lone arrival is the British Blu-ray of Peter Collinson’s “The Italian Job,” which was recently requested by one of the shop’s online customers. Despite the fact that an American remake grossed over a hundred million dollars domestically, the Michael Caine-starring original has yet to receive a Blu-ray release in the U.S.